John Esteen Discusses Being Sentenced to 150 Years in Prison & More... 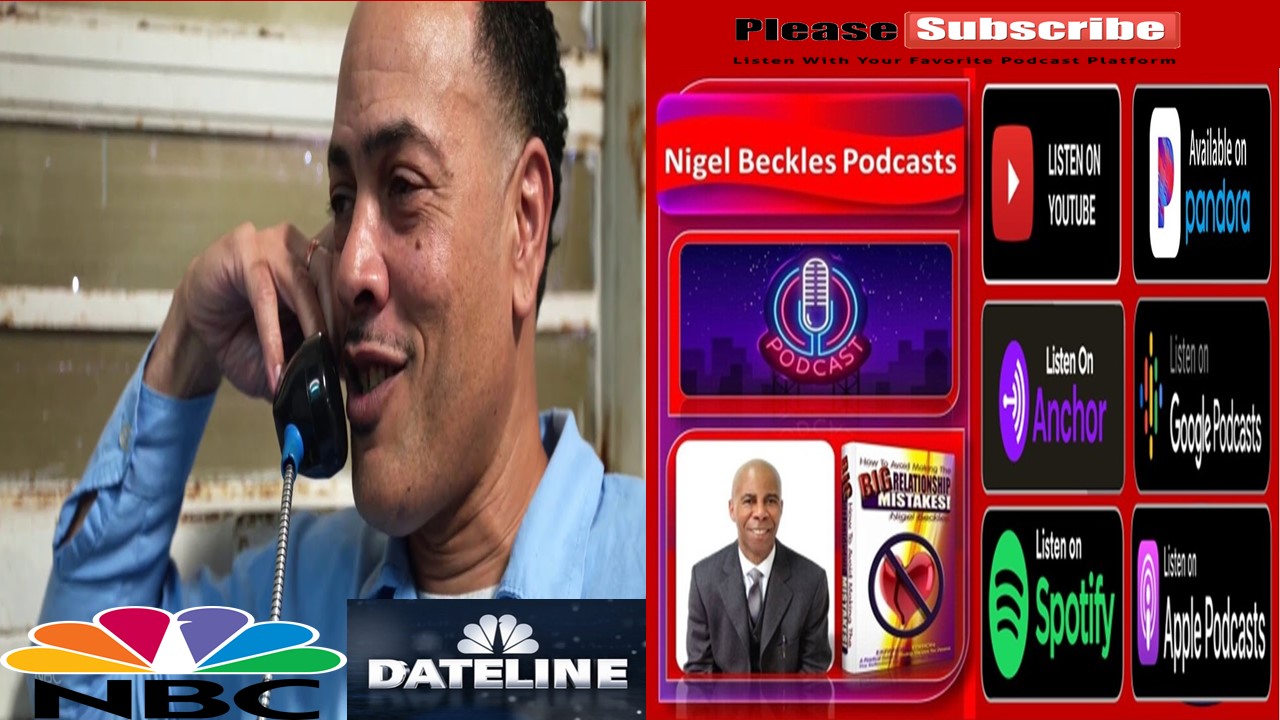 Sentenced to 150 years in prison John Esteen discusses serving in the US military, how he became incarcerated, legal battles, his case becoming a legal landmark within in the American justice system, being a free man and much more…
John Info:
E&E 2nd Wind Nonprofit Corporation
Website https://www.ene2ndwind.com/
Facebook https://www.facebook.com/EnE2ndWind
YouTube: Life inside Dateline NBC Prisoners
https://www.youtube.com/watch?v=Mg_8e4KlhLA&t=12s

Sentenced to 150 years in prison John Esteen discusses serving in the US military, how he became incarcerated, legal battles, his case becoming a legal landmark within in the American justice system, now being a free man and much more…

Nigel Beckles: Welcome back to my in conversation and podcast. My guest for this episode is Steve, the prison sentence of 150 years, but now he's a free man. American John Esteen. Hi, John. Welcome to my podcast series. So where do you live at the moment?

John Esteen: I live in Avondale, Louisiana. Yes, sir. Westbank in new Orleans. Did you grow up there? Yes. From nine years old on, because I grew up in New Orleans.

Nigel Beckles: Well, I understand you served in the army. How long did you serve for.

I was in the National Guard actually. So, I went to war, I'm a war veteran. There 1990 to 91 that was in Saudi Arabia, then Iran. I entered to a guide into the National Guard right after high school in 1987. And after I graduated to offset costs to go to college while at state university.

Nigel Beckles: During the year 2000, you are sentenced to 150 years in prison. So what happened?

John Esteen: Non-violent drug offender. That's what my charges it's dealing with you on the court. They asked me, uh, they tried to get me a cop out to a deal. So I refused that because the offer, they was giving me, I have to testify on co-defendants, which I had 22 of them. I had my walls up, so I was tired, already made my mind up. My lawyer at the time was the court appointed attorney. He told me, he said, esteem, if you go to trial, they're going to give you 150 years. So I'll look at 20 years at that time. No different. So I'm doing 20 years was the difference between 20 and 150. My life is pretty much over with anyway. That's how I looked at it at the time I was young, you know? So I went with that and I told him to strap up your boots. We will be going to trial.

Nigel Beckles: So how old were you when you went to trial?

Nigel Beckles: So how did you feel when you received your sentence?

John Esteen: Well, of course my world was crushed. My thoughts were like, well, go from here. I have 150 year sentence. I know I can't live that long.

Nigel Beckles: So what were your interests and activities while you were in prison?

John Esteen: I got into sports. I love sports. So I got into basketball, football, and boxing. That's the main things I did to pass my time in prison.

Nigel Beckles: While in prison what qualifications did you obtain?

John Esteen: Bible college. So I went to four year degree. I got my bachelor's and ASTA degree in Christian ministry. Also, I went to horticulture school and I got certified as a horticulturist as right now. That's what I do with my non-profit organization is I do lawn service right now for senior citizens, disabled vets and single parent homes.

Nigel Beckles: Well, in March, 2018, a judge re sentenced you to a hundred years. So, how did that happen? And what was that process?

John Esteen: Well, you know, I seen people come to prison on murder charges and charge of that nature getting 40 years going home at 20 years. And I'm sitting in prison on non-violent drug charge, what 150 years. So that was the fuel to keep me fighting for my freedom. So I know what's possible if I'm a non-violent offender in prison with that much time, I have hope. When they have people would harshest sentences, halted charges gone home. So as I will do the court system laws changed and in my, and it benefited me to a certain extent. So I had to find other ways.

Nigel Beckles: In 2019, you won parole after a legal battle in a Supreme Court decision. Who did you work with to obtain your freedom?

Nigel Beckles: Why is your case in particular, considered to be a Supreme Court legal landmark case?

John Esteen: Because it was over it overturned previous state precedent for nonviolent offenders. And since the opinion was rendered, about three years ago, these offenders have been able to cut their sentence in half in at least.

Nigel Beckles: So how long did you actually serve.

Nigel Beckles: And how did it feel to be a free man?

John Esteen: Unexplainable. I had denied every time for years, 10, 15 years. You start to lose little hope and that freedom started to kind of disappear. And so when it came to the point where my hope coming back and I started seeing some daylight during the court system, when they granted my, my hearing, it was like, wow, it's still not over yet.

John Esteen: And when it actually was over all is said and done, and I was going back to court to get my sentence reduced. I was hoping to get all my full counts, ran together and get one 20 years sentence and go home. Scott free with no parole eligibility and nothing, but that was further from the truth. So the judge, she saw it different. She kept my time. Consecutive. She gave me a maximum, all four of my counts, which only took away 50 years of my original sentence, left me with a hundred. So they sent me back to the penitentiary a hundred years and me scratching my head.

Nigel Beckles: So what was the first thing that you did after your release?

John Esteen: I went to McDonald's. I love the French fries. I had a happy meal. There you go. Add a few Apple pies, French fries, and you know, and everything else dead though, attitude. But all I wanted was the fries. Definitely a happy meal.

Nigel Beckles: So I understand you started an organization. What is it called? What does it do?

John Esteen: Yes, my non-profit is E second wind that develop that because when I came home, I was fortunate to have parents to help me to get on my feet. And like many other guys wasn't as fortunate, no females that come on from prison. So I came up with this non-profit organization to be that parent, even though they have parents, I still to be a part of the parent to help them. What if parents couldn't help you see what transportation education, even our mental health services, I'm still working on that now. We are raising money.

Nigel Beckles: So how is the organization going?

John Esteen: It's going fine. We video a couple of our little services cutting people, grass, and got an interview for one of them and I was really excited about it. That encourages us to continue doing what we're doing and be seeing its benefit and helping people. And that was a great thing to see that it's very beautiful. I'm going to continue that and I want to help more.

Nigel Beckles: So, John, what are your plans for the future?

Nigel Beckles: John in the USA. Thank you very much for your time. Much appreciated. 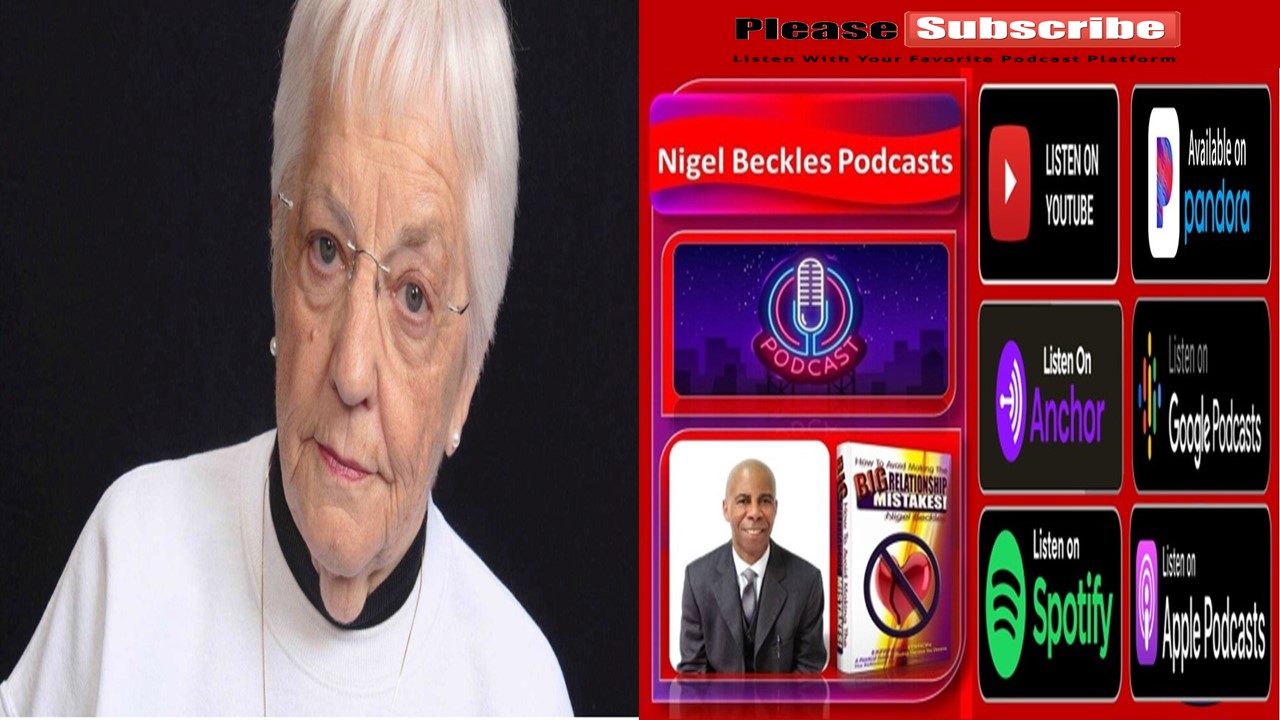 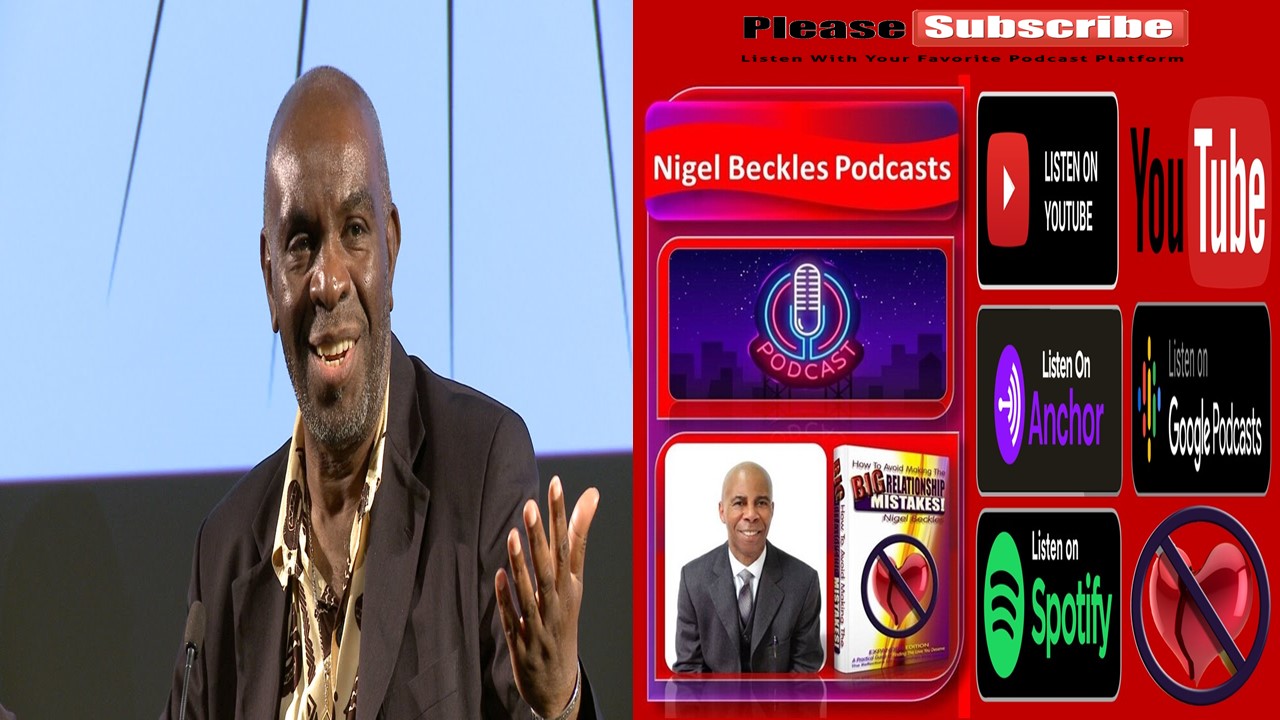 Multi-Award Winning Film Director, Producer, Educator & Writer widely acknowledged as a pioneer of independent Black UK Cinema the late Menelik Shabazz discusses growing up in Barbados, his inspiration to become involved with making films, the motivation for many of … 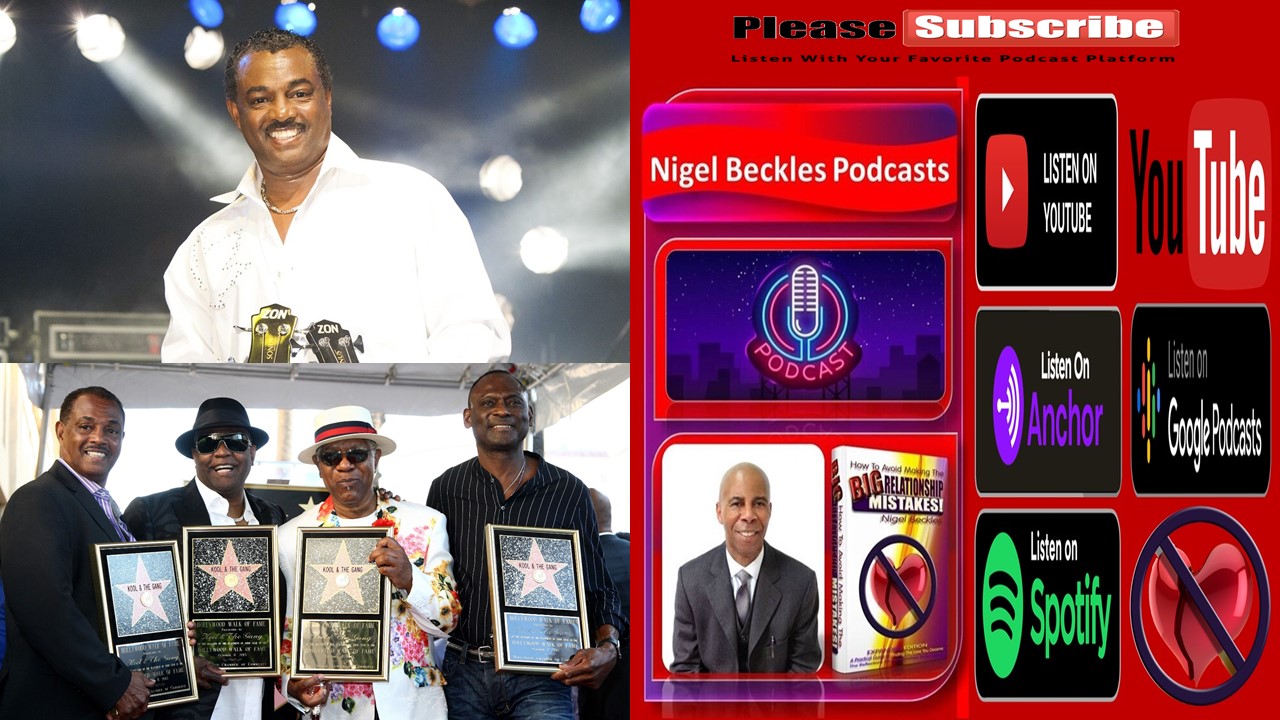 Robert Bell Songwriter, Producer, Musician and Co-Founder of the multi-award winning band Kool & the Gang who have sold over 70 million albums world-wide discusses his highly successful career, the inspirations that produced many chart topping hits, the creation of … 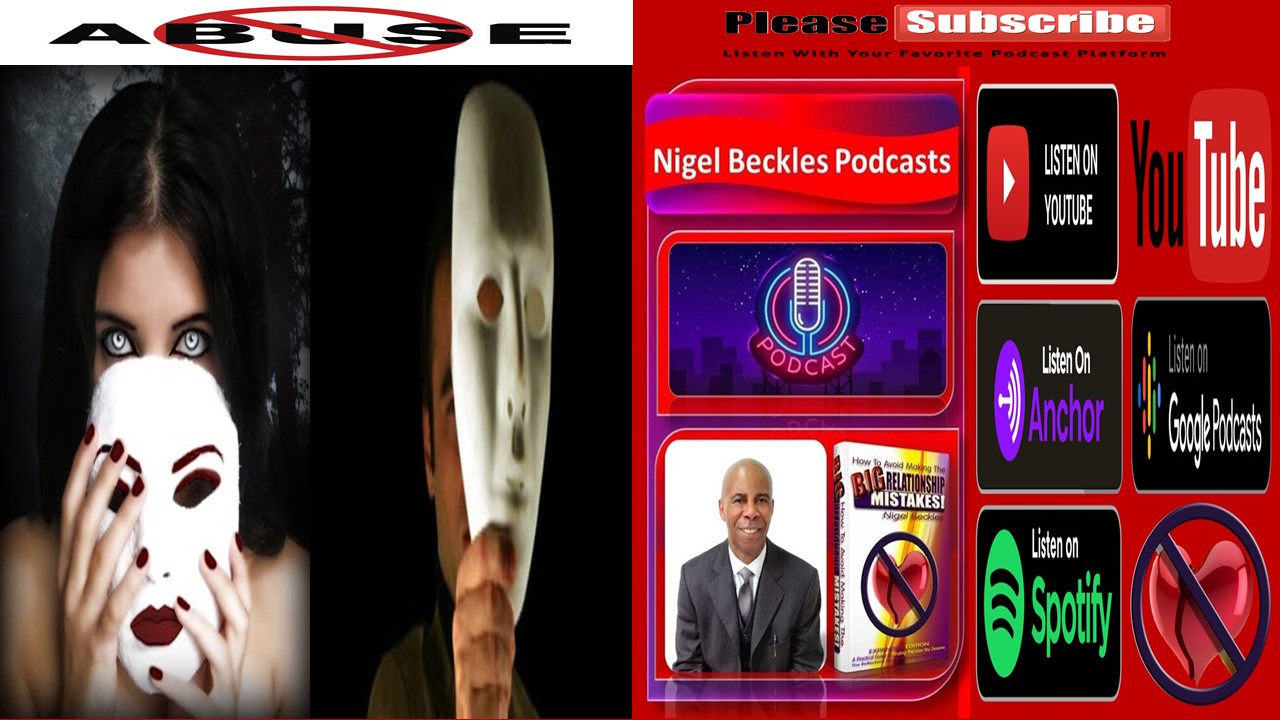 Exploring the different types of Narcissists, the personal traits that can make a person vulnerable to an abuser when dating, why they rarely provide Closure or just disappear from a relationship (Ghosting), the very dangerous traits of the Covert Narcissist, … 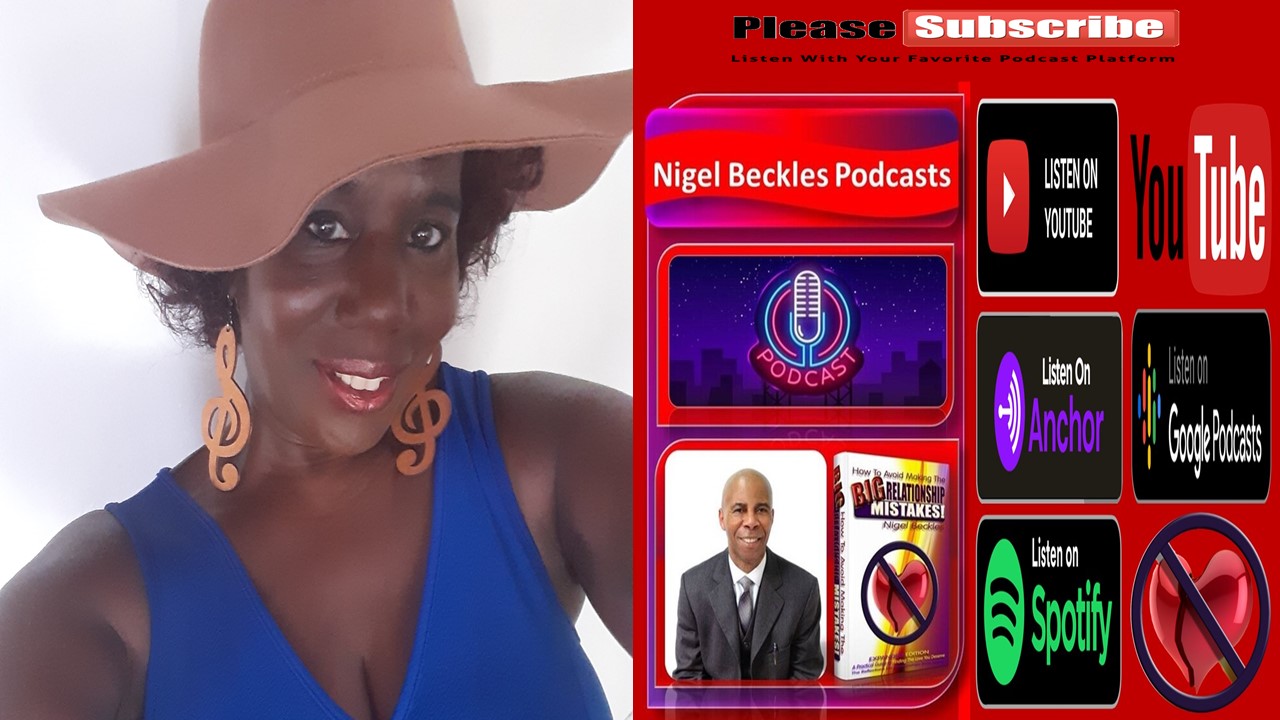 Pauline Atkinson AKA ‘Queen P’ discusses her previous pursuits and interests, the inspiration to write her first book of poetry, contributing to the international bestselling book ‘Women Win – Against All Odds’, future projects and more… Pauline Info: Instagram: @queenppoetry123 … 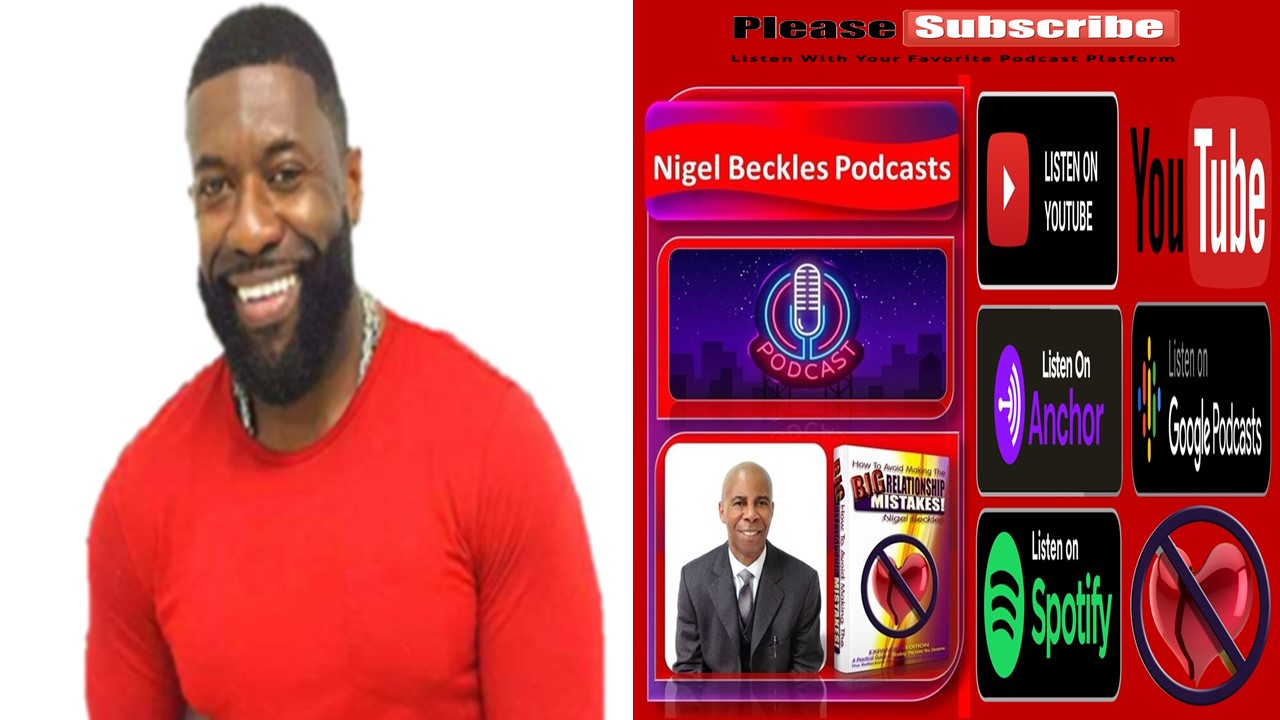 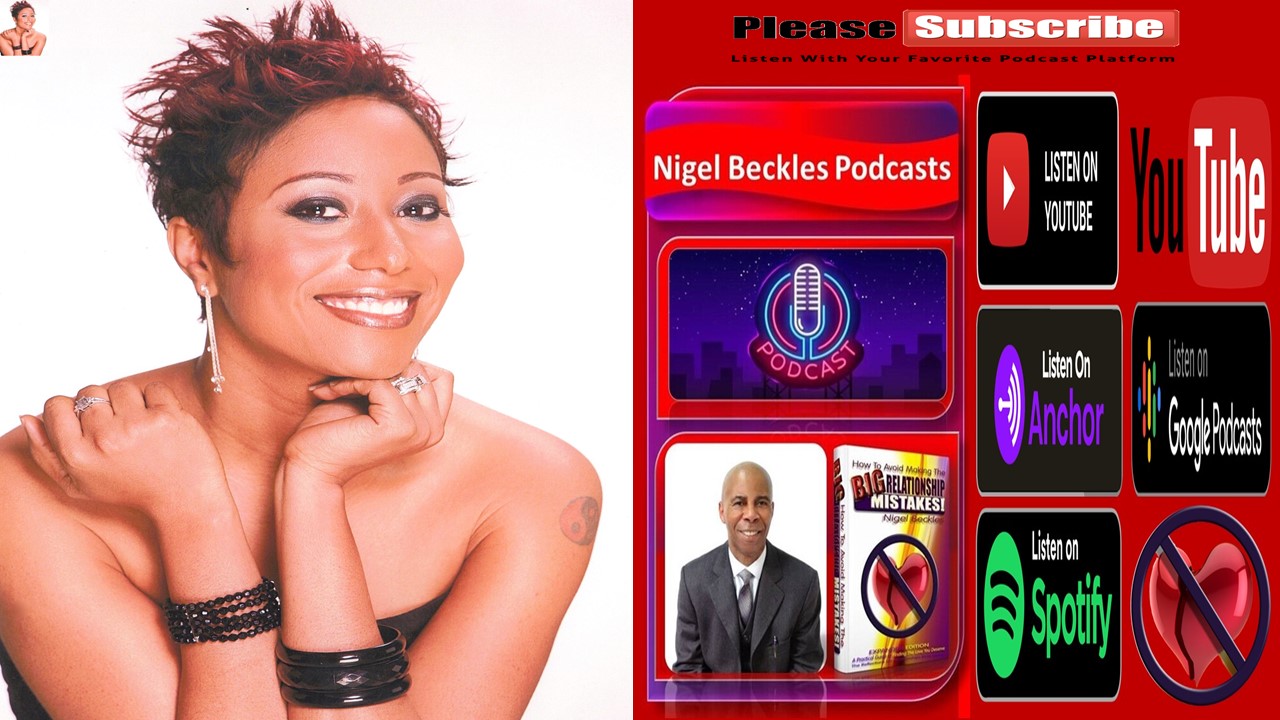 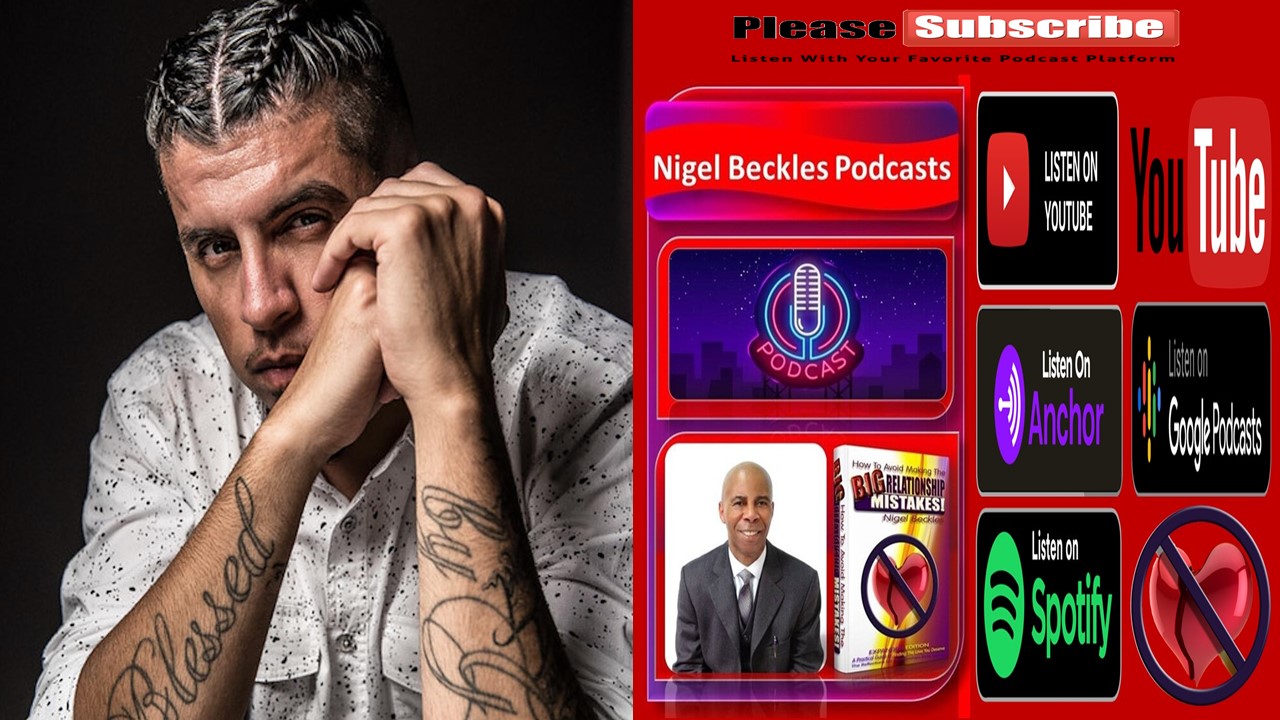 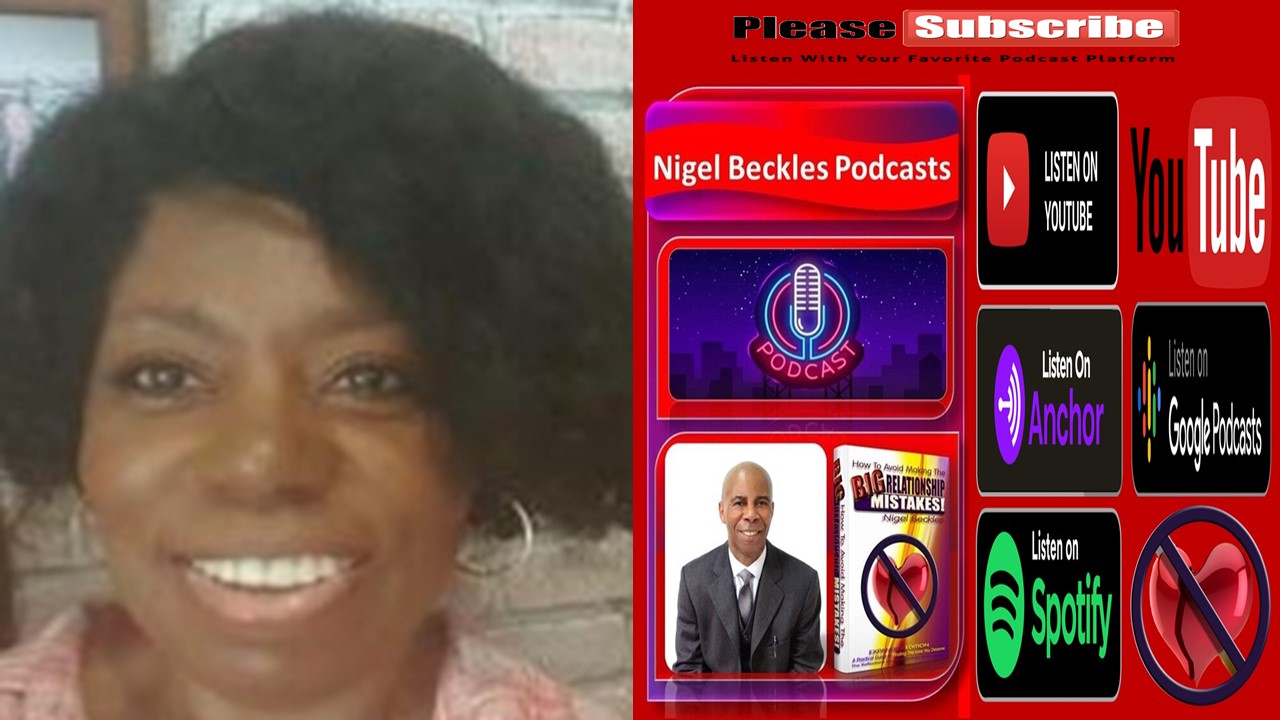 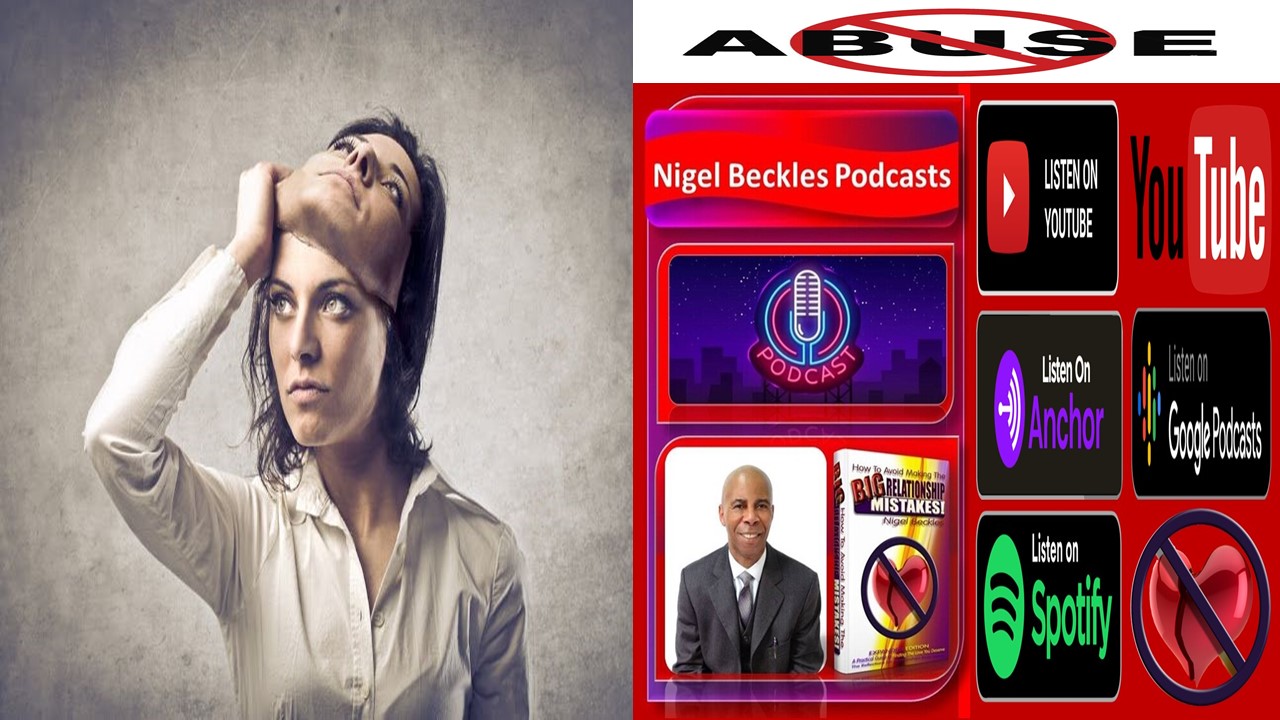 Why Narcissists inevitably cheat on their partners, the Flying Monkeys and Smear Campaigns they use to manipulate situations, the damaging impact of Trauma Bonding and Post Traumatic Stress Disorder, exploring how to interact with an abusive ex-partner and more. With … 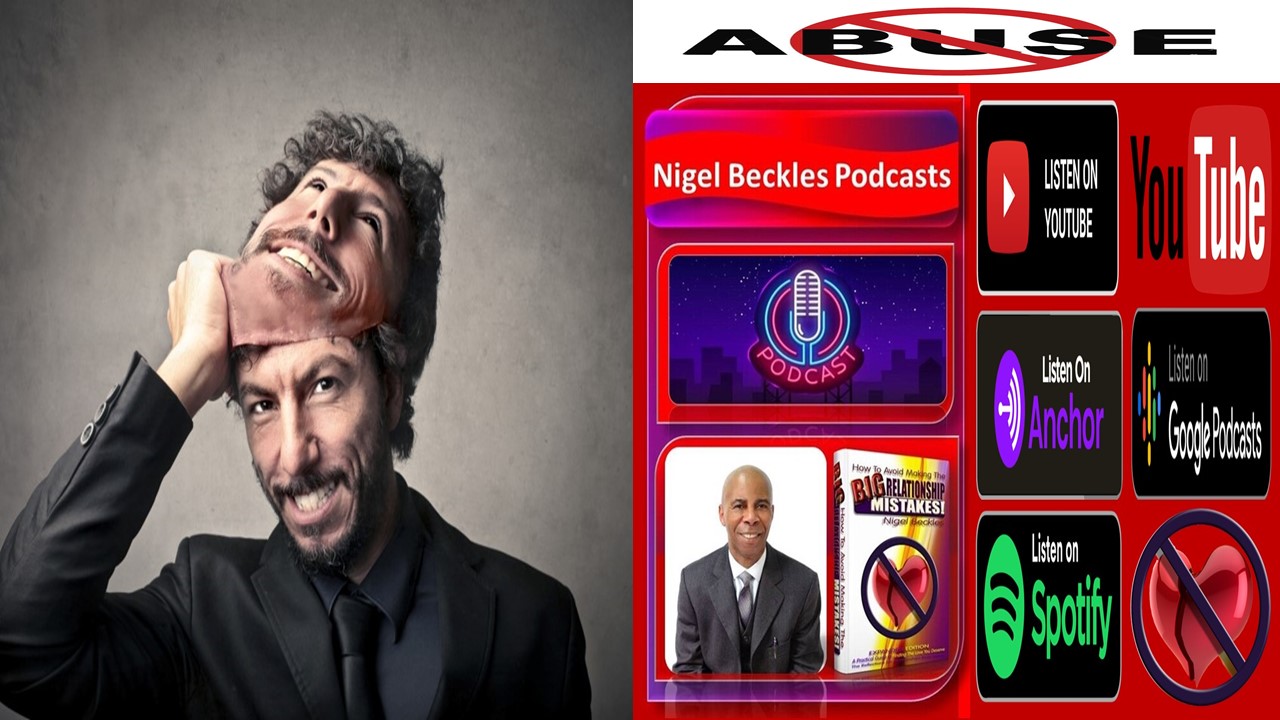 Exposing the Narcissist in Relationships Discussing the often dangerous traits of toxic narcissism, how Narcissists lure unsuspecting people into abusive relationships, why survivors can find it difficult to stay away from an abusive ex-partner after a break-up, their often destructive … 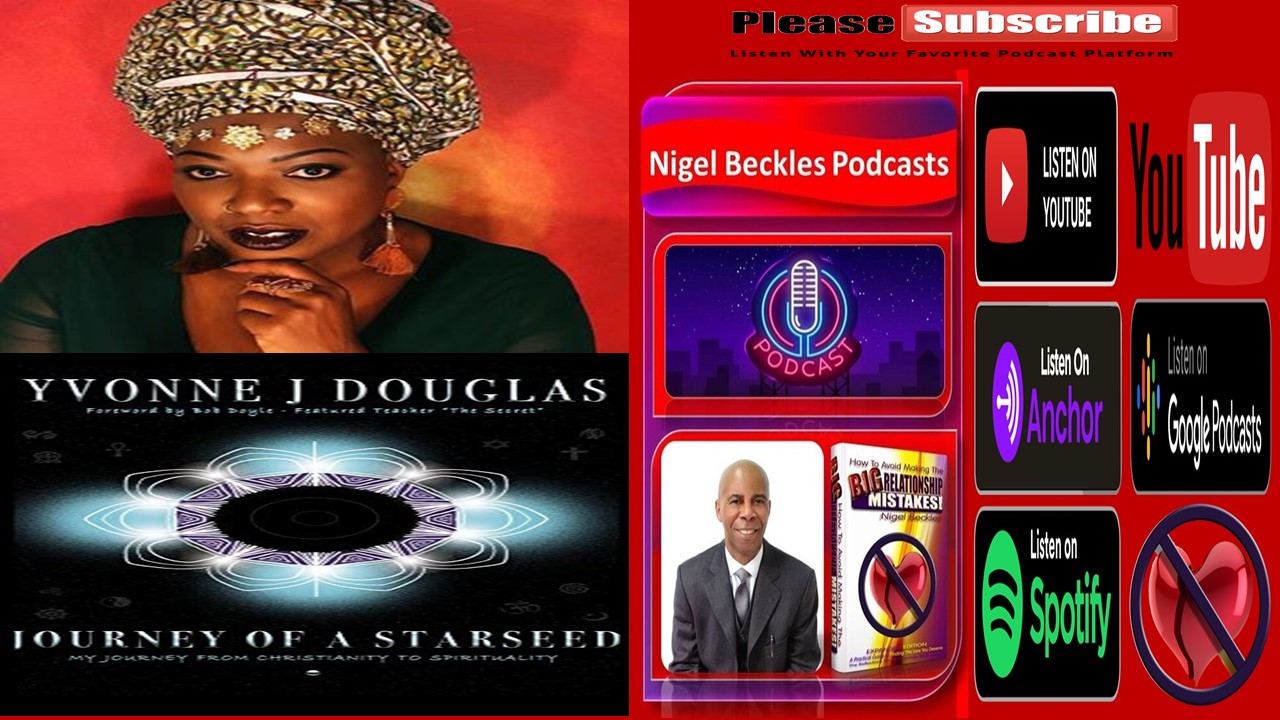 Founder of Yvonne J.’s Self Discovery, Soul Guidance Coach, Shamanic Healer and Author Yvonne J. Douglas discusses her latest book, how a previous abusive relationship inspired her to trust her intuition and a personal spiritual evolution, working with numerous clients, … 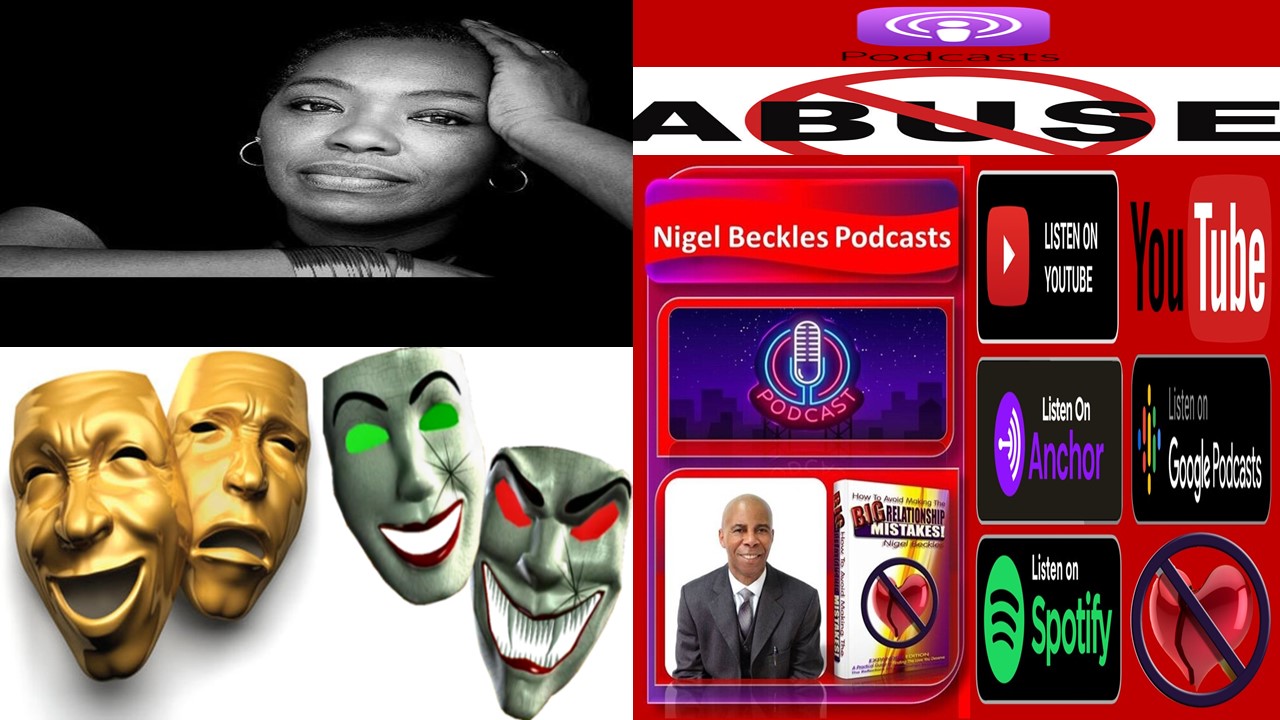 Marcia Hylton discusses the cycle of narcissistic abuse in relationships, Love Bombing, how Narcissists entice people into toxic relationships, advice for victims/survivors of abuse, her inspiration to become an advocate for ... 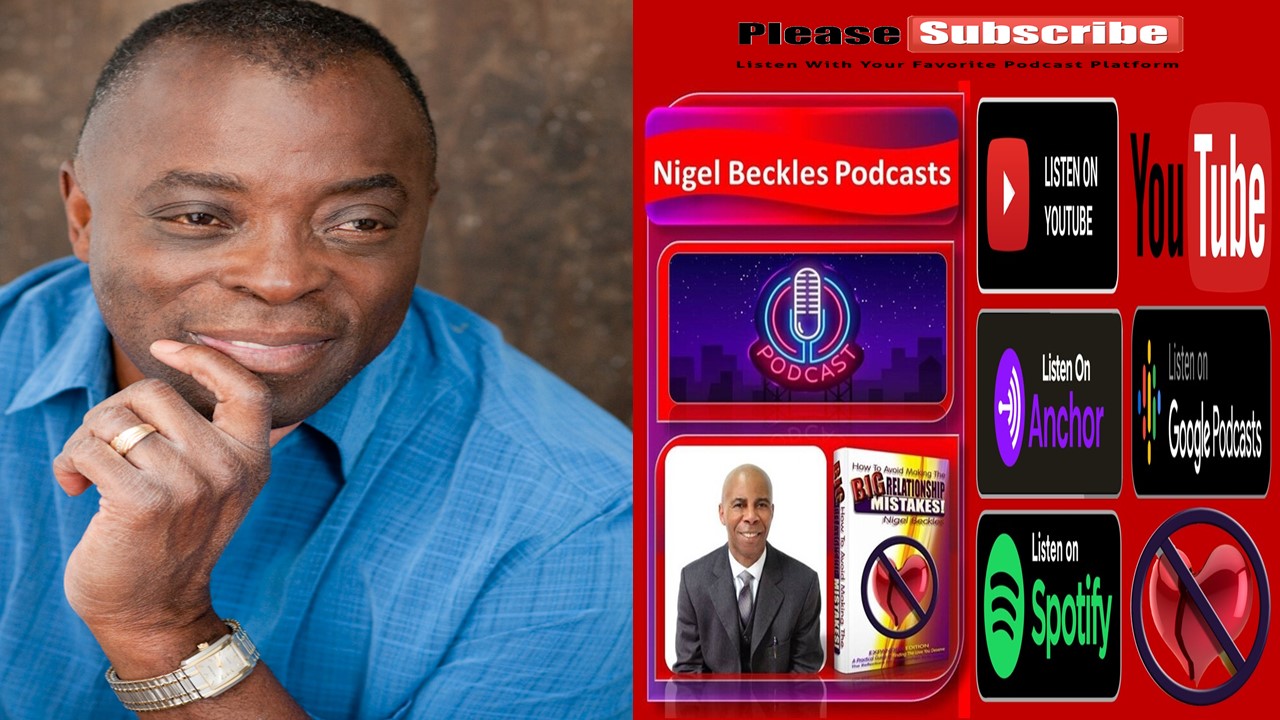 Appearing with many of Hollywood's top stars Historian, Author and Motivational Speaker Sylvester Boyd Jr. discusses his interest in history, the inspiration to write three books, how he became involved with appearing in movi... 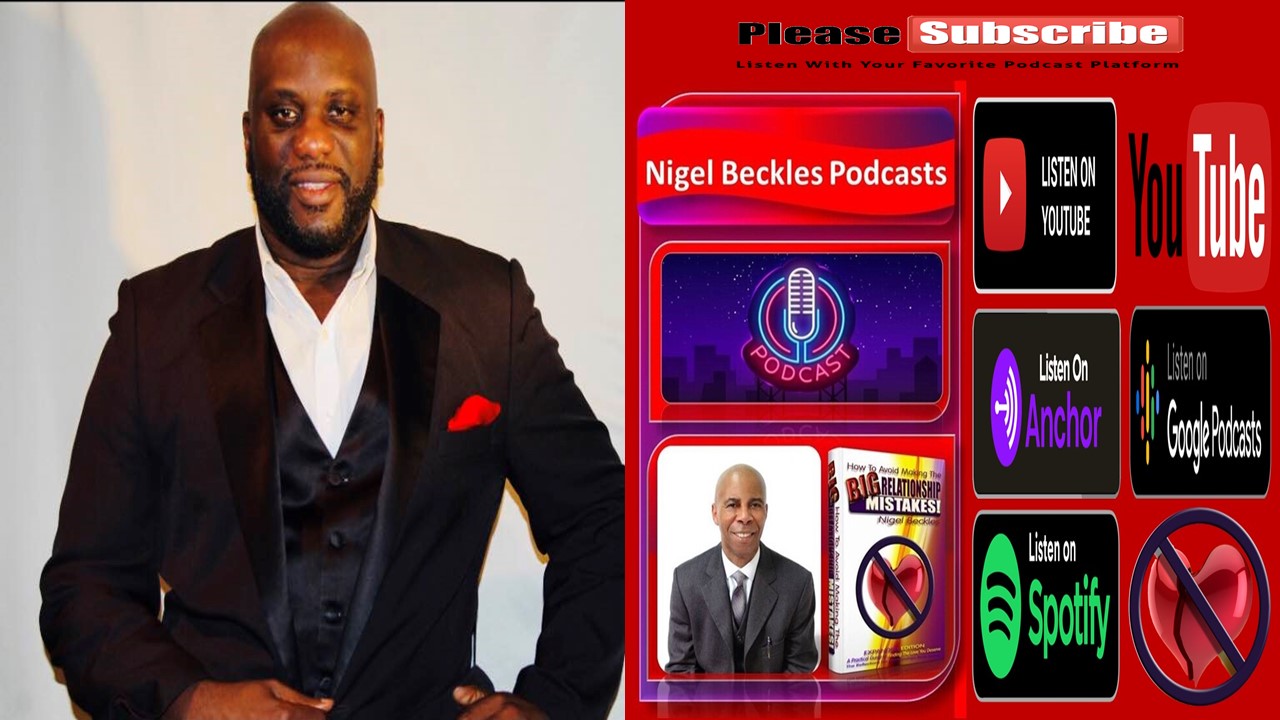 Kelvin Troy Johnson who has a Bachelor’s Degree in Psychology and specializes in coaching women looking for love discusses his inspiration to become involved with coaching, the Love Myths many people believe that often result... 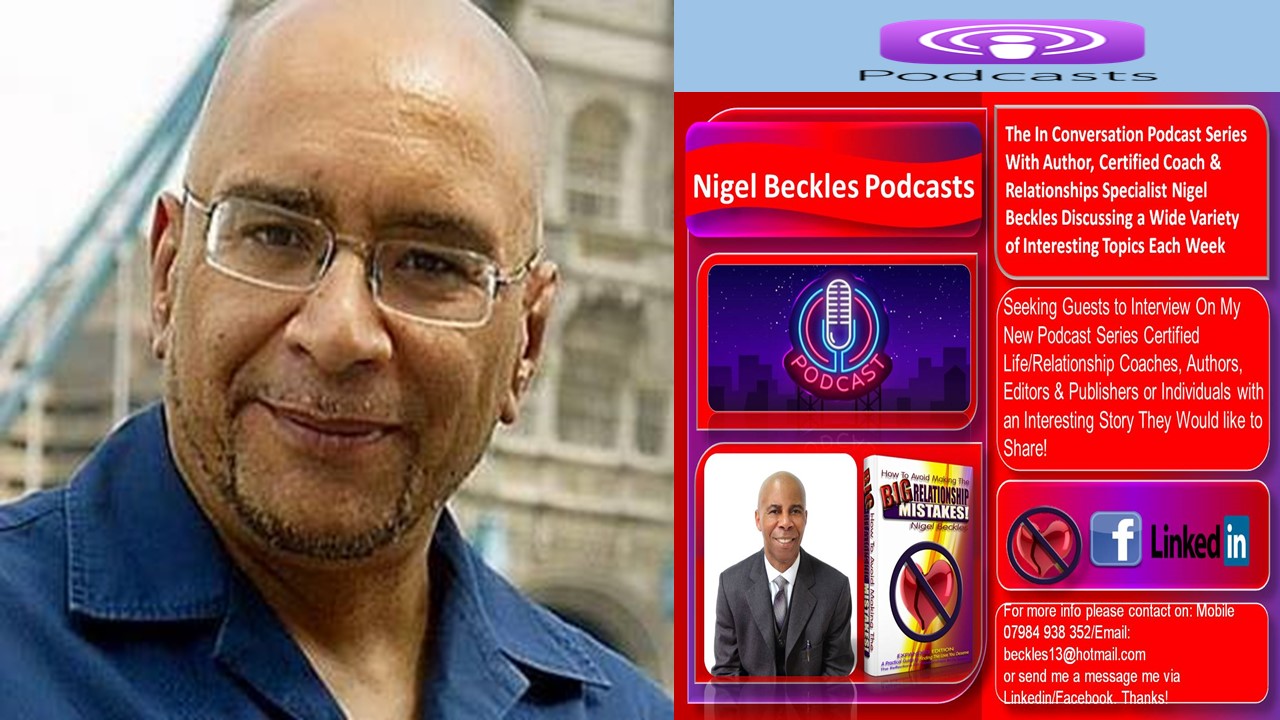 Lee Jasper discusses his childhood, aspirations to become an activist, motivation to become politically aware, his involvement in the Stephen Lawrence Campaign for Justice, collaborating with Nelson Mandela, views on racism i...